font
size
A A

As rare as diamonds

Celebrating 60 years of marriage is becoming rare these days, so it’s certainly worthy of the traditional gift of rare diamonds!

We’d like to congratulate Keith and Valmai Schuster, residents at Norfolk Estate for celebrating their 60th wedding anniversary on 25th March 2021. Valmai received a beautiful diamond ring from her husband Keith, and their 4 children presented them with cards and letters from Her Majesty the Queen, our Prime Minister, leader of the opposition, Governor Generals of Australia and SA, our Premier and Corey Wingard MP and Nicolle Flint MP.

Their children also organised a wonderful surprise luncheon for the whole family at Henley Beach, including a surprise visit from one of their sons whom they hadn’t seen for 18 months because he lives in Queensland.

Their love story began 1957 when they met living in the same small town, Mundulla (near Bordertown). Keith was a farmer and Valmai’s family also owned a farm nearby, but it was at the local “dance” on Saturday nights where they became friends and started seeing one another.

When asked if they could remember how they fell in love, they both said it happened naturally and just grew overtime. And as for the secret to a long-lasting marriage, according to Keith it’s, “just behave and don’t drink too much” to which Valmai replied “it’s a lot of give and take”. They both agreed that a healthy relationship requires patience and support – working through the ups and downs, and not giving up when things gets tough.

In 1966 (around the same time Australian pounds converted to decimal currency), Keith’s family sold their farm and he and Valmai moved to Plympton Park in Adelaide with their first 2 children. Keith loved to build and make things, so he started working for a building company, building transportable homes.  They expanded their family of 4 to 6, having 2 more children and enjoyed 27 wonderful years there.

After their children had all left the nest, one of their favourite things to do together was travel. They bought a campervan and travelled all around Australia, including Darwin and along the west coast. They also travelled abroad to visit the countries their ancestors  came from. Keith’s origins were from Prussia, near Poland and Valmai’s  came from England – Cornwall and Norfolk. I guess you could say for Valmai, that all roads led to Norfolk!

When the time came to retire, they decided to move to a large property  in Strathalbyn, one with a shed large enough for Keith’s tools, so he could keep persuing his hobbies. Valmai’s passion is floral artistry and gardening, so she joined a floral art club and soon became president.

On 1st August 2019, they decided to make the move to Norfolk Estate Retirement Village. Their home in Strathalbyn involved a lot of maintenance in tending a number of fruit trees and extensive gardening  which was becoming hazardous as they grew older. Even the doctor advised Keith that cutting his ladder in half would be a good idea, to avoid an accident. Keith happily accepted a future with “no more chores” and the idea of spending more time relaxing and enjoying chess, crosswords, cards, snooker and twilight bowls is more appealing.   Valmai is now enjoying participating in community centre activities, knitting, crocheting, tending pot plants and her church.

As well as being the right time to downsize, Strathalbyn was also an hour away from their children, so they wanted to move closer to them, in case of emergencies and so they could visit more often.

Keith and Valmai are still in good health and they wanted to maintain their independence. They are very happy they made the move to Norfolk because they particularly love the location, the village grounds and their new community.

They describe retirement as “a life where you retire from the hectic everyday life, but it’s still important to keep an active mind and body.” And as for the biggest challenge after retirement, Keith replied, “keeping the doctor away!”

If you are ready to join a supportive and connected community, call us today on 1300 796 311 to book an inspection. 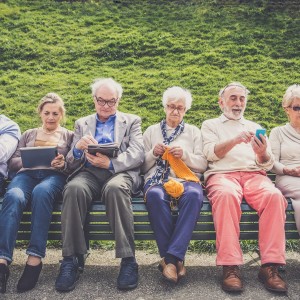 Protect yourself from COVID-19 scammers

Older people are increasingly being targeted by scammers during the COVID-19 pandemic. According to the  Australian Communications and Media Authority (ACMA) scammers are finding new ways to try to take advantage of Australians by using calls, SMS and emails to mimic the COVID-19 vaccination rollout and, more generally, COVID-related restrictions. The… 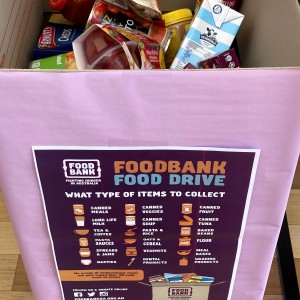 This holiday season, the Karidis Retirement Villages community are together supporting Foodbank with a food drive to reduce hunger in South Australia. Foodbank is a not-for-profit, non-denominational, federated organisation provides essential food and grocery relief to more than one million Australians. As part of the Food Drive, the Karidis Retirement… 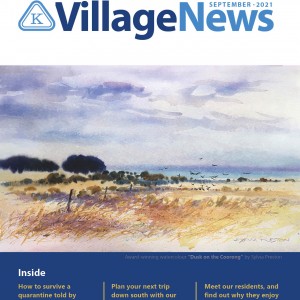 The 4th edition newsletter for 2021 is out now. Launching with a new name, “VillageNews” is a celebration of the community spirit at Karidis Retirement Villages. Enjoy the read. 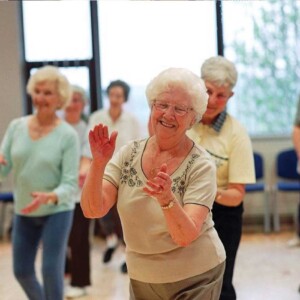 Women’s Health Week is a nation-wide campaign of events and online activities – all centred on improving women’s health and helping women to make healthier choices. This September, Karidis Retirement Villages has partnered with Diabetes SA to provide the following events for our residents as we encourage our community…